Leader of the Islamic Revolution Imam Seyyed Ali Khamenei says recent events in the wake of the US assassination of a top Iranian commander herald a unique event which is set to determine the path of history. 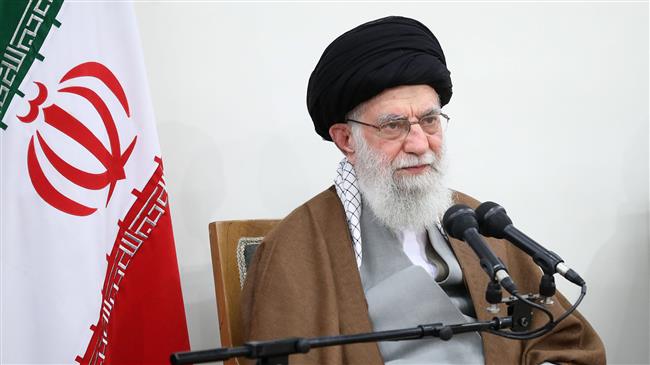 Imam Khamenei made the remarks in a message to the 54th meeting of the Union of Islamic Students’ Associations in Europe, read out in Vienna on Saturday.
“This year, your meeting is held in the midst of important events, each of which in a way is a sign of the grandeur and credibility of the Islamic Iran and its revolutionary nation,” the Leader said.
“Martyrdoms, military displays of power, unparalleled presence of the people, the strong spirit and determination of the youth, alongside thousands of associations active in the field of science and technology, as well as a religious and spiritual approach prevailing among a large portion of the youth across the country, all herald the emergence of a unique phenomenon in the world — a phenomenon that can have profound and decisive effects on the future of history,” Imam Khamenei said.
"The second step of the Islamic Revolution, with the grace of God, should be able to bring this phenomenon to perfection and bear fruit," the Leader added.
Imam Khamenei said, “All hopes are pinned on knowledgeable, erudite and faithful youths in this crucial movement, and you can be one of those history-making chosen ones.”
The message this year comes in the wake of the US assassination of the Middle East's most prominent anti-terror commander General Qassem Soleimani and his Iraqi trench mate Abu Mahdi al-Muhandis.
The terrorist move prompted tens of millions in Iraq, Iran, India, Pakistan and elsewhere to take to the streets and vent their anger at the United States.
Iranians turned out in numbers unmatched in its history to honor the charismatic commander and call for revenge.
The Islamic Republic pounded two US military bases in Iraq with a volley of precision-guided missiles which sent ripples through the world.
Imam Khamenei said the retaliation was just “a slap”, adding "what is important is that the seditious American presence in the region must end."
The Leader said the US assassination of Gen. Soleimani served the Islamic Revolution. "Enemies felt humiliated in the face of this glory even though they may try to conceal it," he said.