Just days after Saudi-backed forces failed in their attempt to advance towards the Yemeni capital Sana'a, Ansarullah fighters and their allies took the battle to the strongholds of the invading forces. 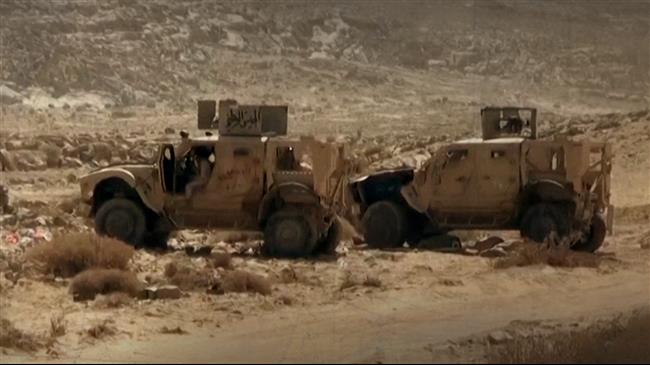 Videos have emerged showing the Yemeni forces taking control of large areas in Nihm district in Sana’a Province and Al Jawf Province.
The troops also took control of two military camps from forces loyal to the former government in Ma’rib province.
Such gains were highlighted in a meeting between members of Yemen’s consultative council and tribal leaders of Ma’rib.
Ansarullah forces are pushing forward with their operations despite heavy air and ground cover offered by the Saudi-led forces to remnants of the former regime.
The latest victories by Ansarullah fighters and their allies have secured an area of some 50 square kilometers of the mountains behind me. Many hope such achievements will ultimately lead to the final victory against aggressors.
Observers say the recent gains made by Ansarullah forces and their allies would help Yemenis regain control of their resources.
Ansarullah movement took control of the capital Sana’a in 2014 following a popular uprising which ousted former president Abd Rabbuh Mansur Hadi. A year later, Riyadh started a deadly military campaign in a bid to restore the former regime.