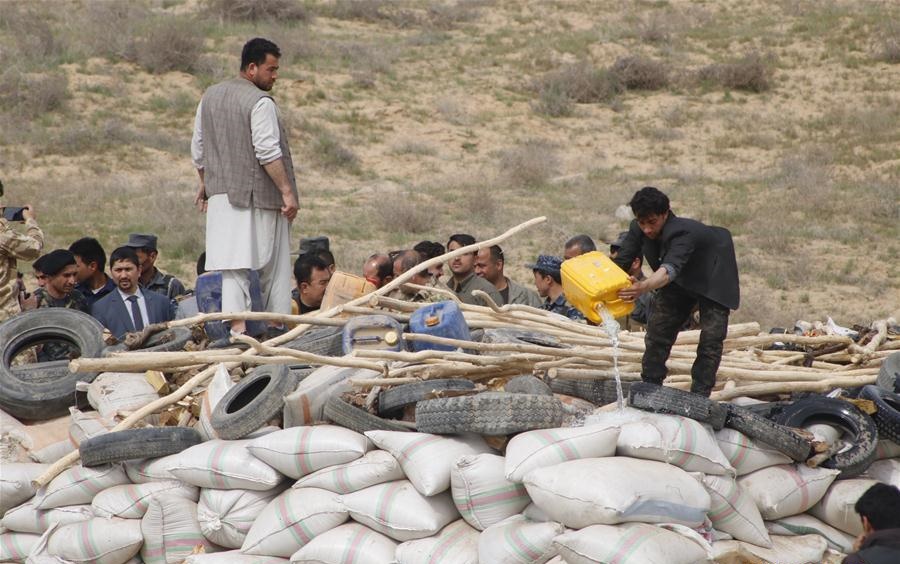 Police in the northern Jawzjan province set on fire 35 tons of illicit drugs including heroin and hashish on Monday, provincial police chief Abdul Wahid Wajdan said Tuesday.
The drugs had been seized over the past one year, the official told media, adding that 47 people have been arrested on charge of involvement in drug smuggling.
Wajdan also noted that police would spare no efforts to bring to zero the poppy cultivation and drug production in the relatively restive province.