The Ministry of Interior (MoI) said that the Taliban violated the Eid ceasefire by carrying out 38 offences in the past three days. 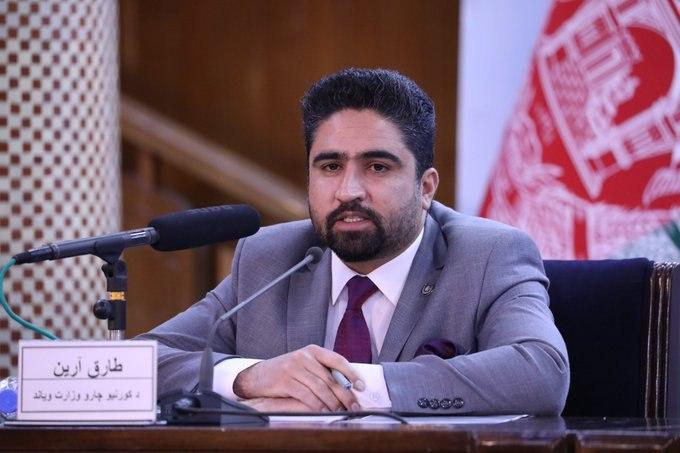 “Taliban has repeatedly violated the principles of war and reduction in violence,” said Tariq Arain, spokesperson for the MoI on Monday, adding that this showed “the group’s lack of commitment to what it says.”
Arian said 60 civilians had been “martyred and wounded” in the Eid al-Adha holiday.

Among them, 20 were killed and 40 were wounded in terrorist attacks, attacks and mine explosions.
The Taliban have not yet commented officially on the report.
The government and the Taliban have not yet officially stated their position on the extension of the ceasefire which the international community called for.
Tags:
MoI: Taliban Violated Eid Ceasefire And Killed 20 Civilians
Source : Afghan Voce Agency(AVA)
Monday 3 August 2020 17:11
Story Code: 216021 Copy text available
MoI: 38 Police Officials Arrested for Misuse of Authority
Police Removed Tints of 100 Vehicles in Kabul: MoI
Three major MoI officials replaced
MoI unveils 3rd list of criminals
MoI names another 16 powerful crime suspects
Featured news
Rahmani Praises Top 3 Passers of National University Entrance Exam
Ghani: Customs Recruitments should be Independent
EU Envoys Stress On Urgent Need For Comprehensive Ceasefire In Afghanistan
Daudzai: Pakistan Showing They Are Serious About Support For The Peace Process
Afghanistan thanks Pakistan for facilitating Afghan peace process
COVID-19: 6 New Cases Reported From 224 Samples Tested
1
Afghan, Pak Officials Discuss Abdullah’s Upcoming Pakistan Trip
2
Political Deputy spoke at the Ministerial Meeting of Foreign Ministers of Landlocked Developing Countries on the sidelines of #UNGA