Iran’s chief military commander says the country may adopt offensive military tactics in order to protect its interests while continuing to adhere to its broad doctrine of defense. 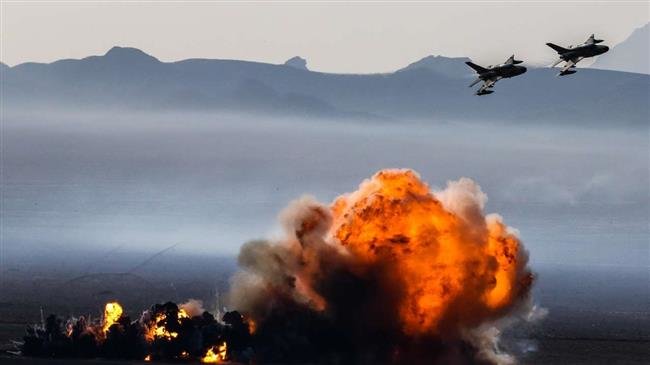 AVA- Major General Mohammad Baqeri, the chairman of the Chiefs of Staff of the Iranian Armed Forces, said on Sunday that the Iranian military would adopt offensive tactics as and when they were deemed necessary.
“There is, among the country’s broad strategies, a defensive strategy — we defend the independence and territorial integrity and national interests of the country,” Maj. Gen. Baqeri said. “This, however, does not mean that we would be acting exclusively defensively and passively in our operational-level and tactical approaches.”
He said Iran did not have any intention of seizing foreign territory or harming foreign interests, yet, “to protect our national achievements and interests, we may adopt an offensive approach.”
“If someone sought to violate our country, if signs and evidence [of such aggression] were detected, the Islamic Republic would not be sitting idly by so that the nation’s interests and the country’s calm are endangered,” Baqeri said.
‘Iranian Armed Forces no more need asymmetric warfare tactics’
Separately, Brigadier General Kiomars Heidari, the commander of the Iranian Army’s Ground Forces, said the force had turned into a “forward-moving and offensive” one.
He said units of the Army’s Ground Forces no more maintained a “traditional” standing and had turned into “rapid action forces,” “offensive, forward-moving brigades,” and “mechanized, forward-moving units.”
As such, the Iranian military, he said, no more needed to practice asymmetric warfare in defense.
“To protect the Islamic homeland, Iran’s Armed Forces no longer need the asymmetric approach, and we are at a stage where we can defend our homeland and the establishment using a good offensive approach,” Ahmadi added.
On Friday, Ahmadi inaugurated two-day massive military manoeuvres by the Ground Forces to practice “offensive” tactics.
The “offensive” component was inaugurated in the country’s defensive strategy for the first time last December, when the Islamic Revolution Guards Corps (IRGC) held the main and final stage of massive exercises in the Persian Gulf.