Iran is urging the U.S. to withdraw troops from neighboring Afghanistan after the United States and the Taliban announced a tentative ceasefire ahead of a peace deal expected to be signed next week, Newsweek reported on Friday. 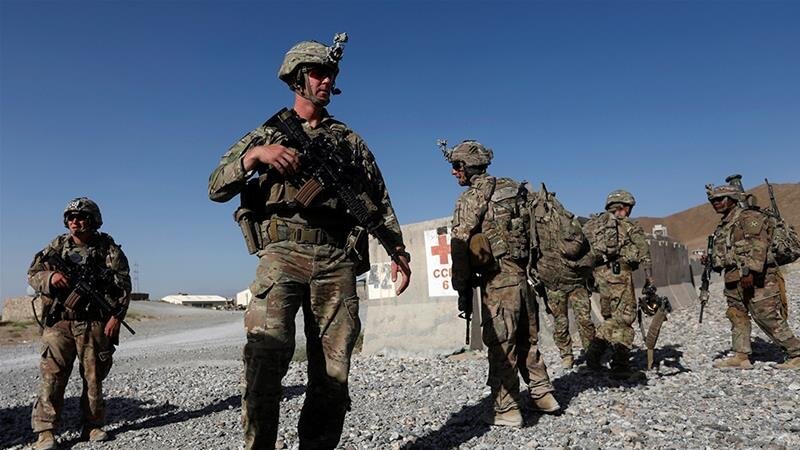 Asked what sort of timeline Tehran would like to see for the Pentagon and other allied international forces to exit Afghanistan, an Iranian official speaking on condition of anonymity told Newsweek, “the sooner the better.”
The official said only then could Afghans truly find peace among themselves.
“When we reach that moment, all issues related to Afghanistan should be dealt with by the people of Afghanistan,” the Iranian official said, adding that Tehran was prepared to play a role in supporting the war-torn country.
“If a future Afghan government asks Iran to do certain things, if we can do it, then we will,” the official said. “The security of Afghanistan is the security of Iran.”
"In the last 30 years the region has witnessed three wars, the Iran-Iraq War, the first U.S. war with Iraq in 1991 and the second U.S. war on Iraq in 2003, there is also the U.S. war in Afghanistan that has gone on for the past 18,19 years. The region is fed up with conflict, and we know the effects of a conflict," the Iranian official said.
U.S. officials told Newsweek last month that a deal with the Taliban was expected to soon be signed, even as deadly unrest spurred by the conflict continued to grip the nation. Such a plan might include, the officials said, a reduction of the roughly 14,000 U.S. personnel in Afghanistan to about a third of that force strength.
On Friday, the U.S. and the Taliban announced they had reached an understanding allowing them to reduce violence for a week. This pause would be followed by a historic peace agreement to be signed February 29, concluding a year-long series of negotiations in the Qatari capital of Doha and ending the longest war in U.S. history.
Taliban spokesperson Zabihullah Mujahid declared all fighters “must adhere to their given duties for the upcoming seven days, must remain defensively alert in case of violation by the opposition and must strictly refrain from entering enemy territory.” He emphasized that the agreement was mandatory.
Once the deal is signed, Taliban fighters “will be given new information and instructions in accordance with the agreement and implementation of those should be commenced,” Mujahid instructed.