No civilians are killed or injured in the operations that are conducted by the Afghan Air Force, commander of the force said on Sunday. 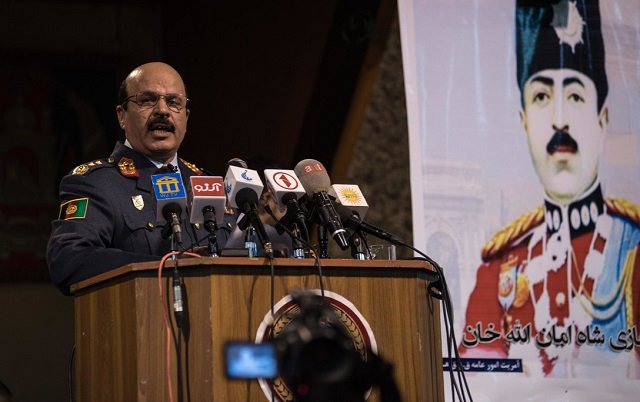 Mohammad Shoaib made the remarks while addressing a ceremony to celebrate the Afghan Air Force anniversary in Kabul, commemorating the 97th year of the force.
He said that the country’s Air Force has grown in capacity and proficiency, adding there would be significant increase in the number of pilots and aircraft in the next four years.
Aimal Padshah, commander of Kabul’s Air Force Division, noted that the Afghan Air Force had been the most powerful Air Force in the region. He said that the force was decimated by the civil war of the 1990s.
AAF’s Shoaib said that the U.S., Czech and UAE are helping equip the force. According to the official, aircraft checks and repairs could now be done in Afghanistan.
The event was addressed also by Chief of Army Staff Sharif Yaftali who highlighted the importance of strengthening the AAF. He said that plans are in place to target militants both by ground and air forces to pay way for holding elections in a secure environment.
Tags:
Afghan Air Force claims no civilian casualties in operations
Source : Afghan Voice Agency(AVA)
Sunday 26 August 2018 16:20
Story Code: 169453 Copy text available
Featured news
Afghan, Pak Officials Discuss Abdullah’s Upcoming Pakistan Trip
Gen Miller: Taliban Attacks Have Intensified, Violence Needs To Slow Down
Taliban Kill 5 Members Of A Family In Badakhshan
NEA Announces Result of Entrance Exam
Nearly 500 pilot whales stranded in Australia; 380 dead
United Nations Should Establish A Committee For Afghan Peace Process: Shavkat Mirziyoyev
1
Ghani Arrives in Bamyan Province
2
60 security forces killed in one week since beginning of intra-Afghan peace talks
3
Negotiators Continue to Struggle on Talks Agenda: Intra-Afghan Negotiations
4
Intra-Afghan Negotiations: Progress Made over Talks Agenda, Nadery Says
5
MFA: UNSC Support For Peace Talks With Taliban ‘Highly Encouraging’ For Afghanistan
6
Ghani in UN Speech Reiterates Call for Ceasefire
7
Afghanistan- Taliban Against Formation of Interim Gov't
8
Abdullah: Expected For Taliban To Also Call For Ceasefire In Afghanistan
9
Afghan Forces Repulse Panjshir Attack
10
14 Afghan Forces Killed in A Taliban Attack