Iran may approve plans for early production of oil from a major hydrocarbon reserve in the Caspian Sea, a first for a country where crude has been pumped for more than a century from wells located in the southeast and offshore in the Persian Gulf. 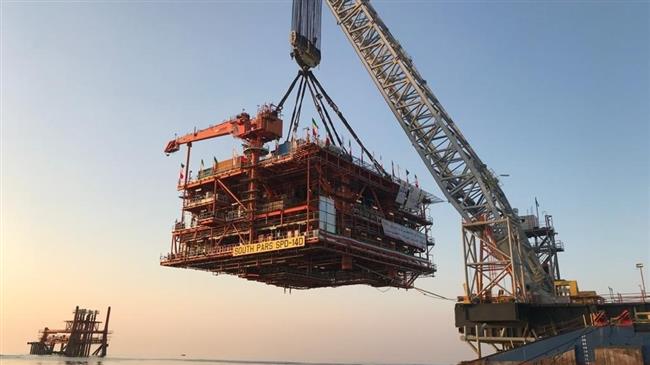 A contractor operating exploration and drilling activities in the Iranian waters in the Caspian Sea said on Wednesday that production from Sardar Jangal oilfield would begin earlier than planned if the National Iranian Oil Company (NIOC) gives the go-ahead.
“A plan is being compiled for long-run tests at wells of Sardar Jangal oilfield for submission to the NIOC,” said Ali Osuli, who heads Khazar Exploration and Production Company (KEPCO), adding, “If approved, early production from this field would be high on the agenda.”
Drilling for oil in the Caspian began in 2010 when Iran discovered oil layers beneath a giant gas field in the region which is also named after Sardar Jangal, a popular local commander who fought against the British forces during the Second World War.

Estimates show the field contains two billion barrels of oil of which around 25 percent is recoverable.
Pumping oil from the field has stalled mainly because of recurrent rounds of foreign sanctions on Iran’s energy sector.
However, extraction from a depth of 728 meters in southern parts of the Caspian has become possible thanks to an Iranian-made supersize drilling rig stationed in the region since 2009.
The Amir Kabir Platform, a 14,700-ton drifter, is Iran’s largest offshore structure which has successfully drilled two wells in the Caspian without any need to foreign expertise and equipment.
Osuli, the KEPCO chief, said that the company had already constructed various onshore facilities needed for oil pumping and storage in the region.