At least two people have been slightly injured after clashes erupted between the provincial council members of Herat province in the west of Afghanistan. 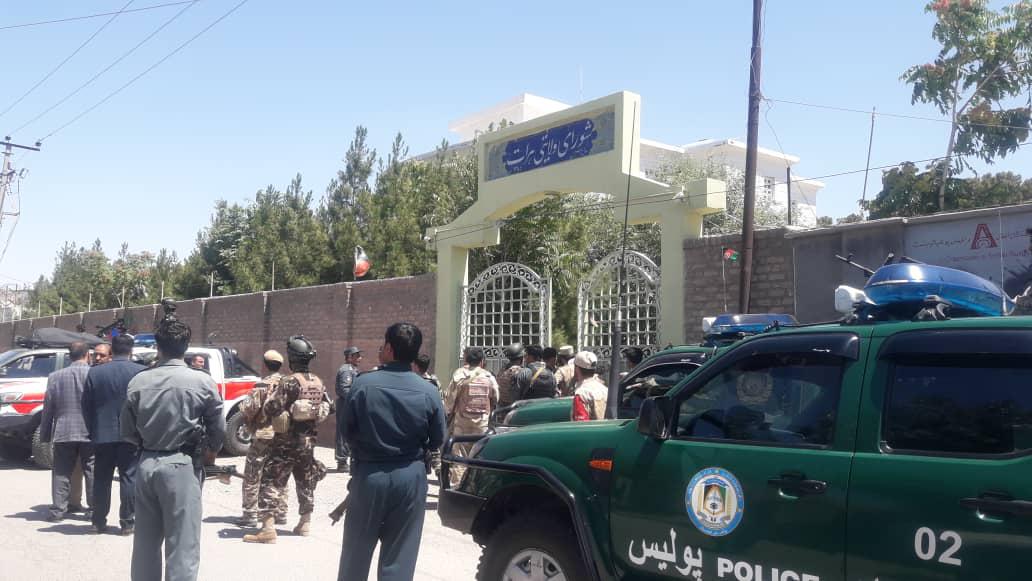 AVA- On Saturday, verbal clashes between members of Herat provincial council turned violent and they engaged in physical clashes.
Their bodyguards opened fires in the air for several minutes to threaten each other until the Afghan security forces surrounded the area.
All routes ending to the building of Herat provincial council was cordoned off by police and local officials mediated to end the tension.
Members of the Council called on the law enforcement units to investigate the issue.
“This issue must be investigated. We are tasked to help people for their security and well-being,” said Ghulam Habib Hashimi, a member of the Council.
“We are calling on the President to pay attention to Herat tension. Unfortunately, we cannot tolerate the situation anymore,” said Mohammad Sardar Bahaduri, another member of the Council.
“We have complained several times to all senior government officials but no action has been taken,” said Dr. Noor Ahmad Haidari, a member of the Council.
However, Kamran Alizai, the Head of Herat Provincial Council who was himself engaged in the verbal and physical clashes with other members said that the issue was a misunderstanding.
“It was a misunderstanding. We respect all members of the Council. Probably, their guards have opened fire due to fear but there was no firing from our side,” Alizai said.
In 2017, Alizai was sentenced to eight months in jail over the misuse of authority. He was accused of entering forcefully along with 20 of his armed supporters into the Herat attorney office and freeing a convict under investigation.